10 things you should do in Finland

Have I already told you that Finland has stolen my heart ?! Today I will share with you my to-do list, which I prepared while visiting the country of reindeer. I fortunately managed to do most of them. Maybe you have something to add? What do you think one must do or see while in Finland? I am waiting for your hints and suggestions and invite you to read!

My initial goal was to get to Rovaniemi, I didn’t expect to get so far north (all the way to Inari) but I’m glad I had the opportunity. Thanks to this, I was able to fulfill several other dreams from my list, which I will tell you about below. Why Lapland? I wanted to see the land of lakes and forests, where more reindeer live than people, and which can boast the cleanest air in the world. I didn’t get to see the Northern Lights but one day I will fly to Iceland and I will definitely see them there!

Back in April, I was in Sweden, but I didn’t manage to go up north, so I didn’t have a chance to see reindeer, moose, or bear (you can laugh, but my colleagues who went all the way up to the Swedish Arctic Circle saw all the above-mentioned animals and even a bear eating a moose). Now I am fed up with reindeer (just a little!) because Lapland has a whole lot of them – supposedly 200,000, which is 20,000 more than people. After some time, it is no longer surprising that at every step the reindeer runs in front of the car’s hood or starts chasing you at the gas station (true story). I will tell you more about reindeer in the article about Lapland and the Sami culture, meanwhile remember – reindeer shit looks chocolate balls, but they don’t taste like that (and no, I don’t know from my own experience)

I really wanted to try a typical Finnish dish, Poronkäristys (fried reindeer). Served with potatoes, often in the form of puree and lingonberry jam or lingonberries, it is a delicacy of Lapland cuisine. Overall, Finnish gastronomy did not blow my mind, but the reindeer was really tasty. 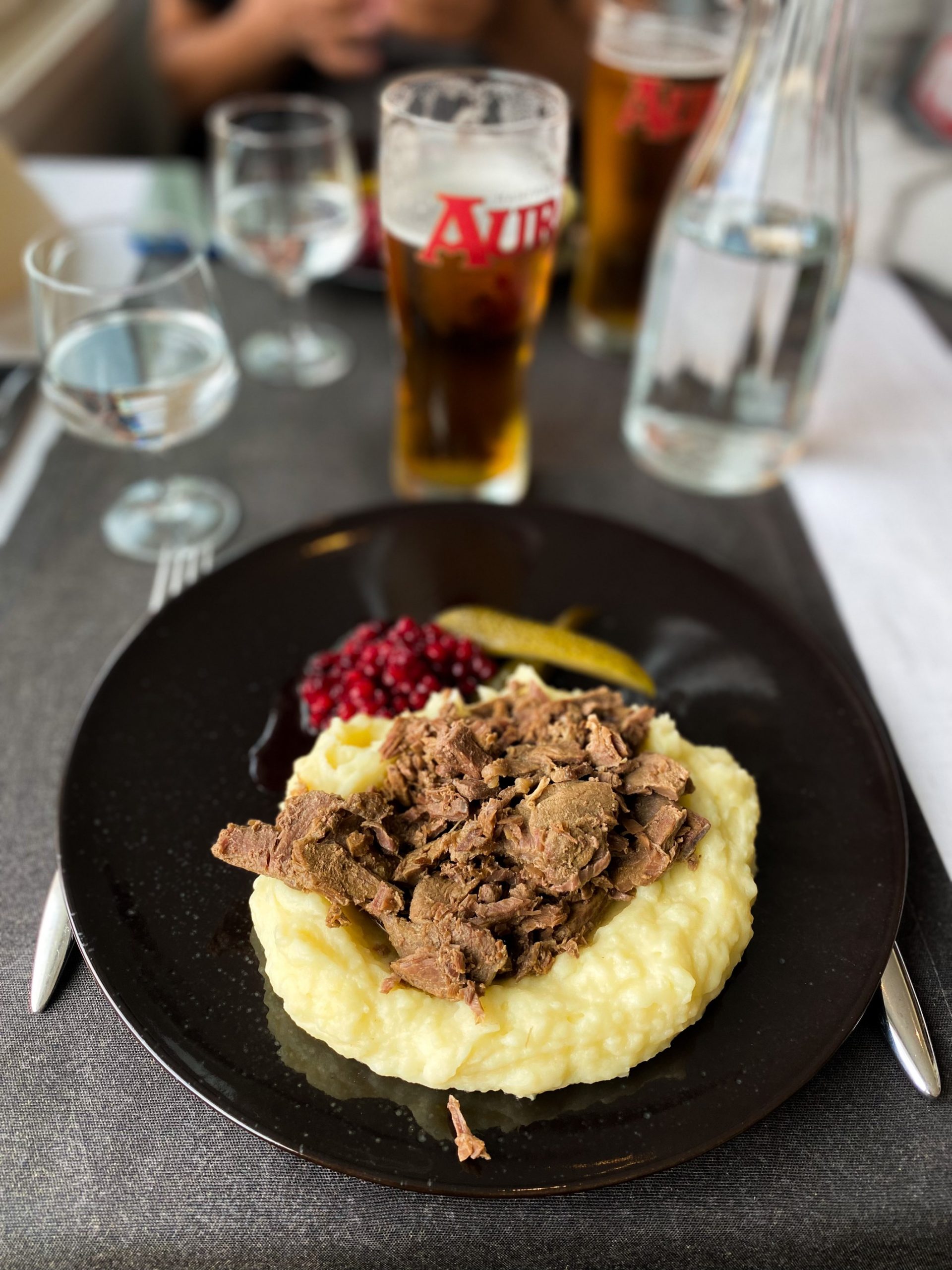 4. VISIT THE ARCTIC CIRCLE AND THE VILLAGE OF SAUNTA CLAUS

Although I prefer to travel off the beaten track, I love hiking and getting to know the local inhabitants and their customs, sometimes I want to visit the most touristic attractions. In the case of Finland, it is, of course, the village of Santa Claus, which is located on the outskirts of Rovaniemi (the largest Finnish city). Of course, it is very expensive (I do not recommend buying souvenirs there) and… tawdry, but when you are that close, why not? Photo with Santa Claus costs 40 €, which for me, for obvious reasons, is a price from outer space. Of course, you can’t shoot a selfie with your phone, because how would Santa buy gifts for all the kids this year? I suspect that in winter the village of Santa Claus makes a better impression, but I am still glad that I was able to visit it.

I have swam in the lakeS many times, but unfortunately I was not able to rent a boat. Maybe in another country. The water in Finnish lakes is pleasantly refreshing. I forgot how much fun it is to swim in fresh water – a nice change from the stormy Atlantic Ocean and the hot Mediterranean Sea. Be sure to go for a longer walk or trek. I chose one of the routes from Inari (about 20 km, medium difficulty). I love being close to nature and living in a van I have contact with it all the time, unfortunately my job, although the best I have ever had in my life, somewhat limits my time spent close to nature, so I try to make the best use of almost every free moment to be able to get some fresh air – which in Lapland they have in excess).

It was hard for me to imagine a place where the sun never sets. I’m glad to experience it and I definitely prefer this option over the polar night. I recommend it to everyone – midnight sun is an amazing phenomenon! Being able to watch the sun hover over the water all night – priceless!

Finland is famous for its love of saunas, which you already know because I wrote about it in the previous article. Apparently, there are two million of them throughout the country, which is almost half a sauna per capita. Almost every apartment building, hotel or even office building has a sauna, and some have more than one (some hotels offer rooms with saunas).

Maybe it was not my dream, but I still wanted to be in the capital of Finland for a while. Rovaniemi was on my list because of the village of Santa Claus (which I mentioned earlier) and because I did not expect to go further north. I did not know that I would get to Inari so I was hoping to get to Rovaniemi at least. You can read about my impressions about Helsinki here. Spoiler – it didn’t like it that much. 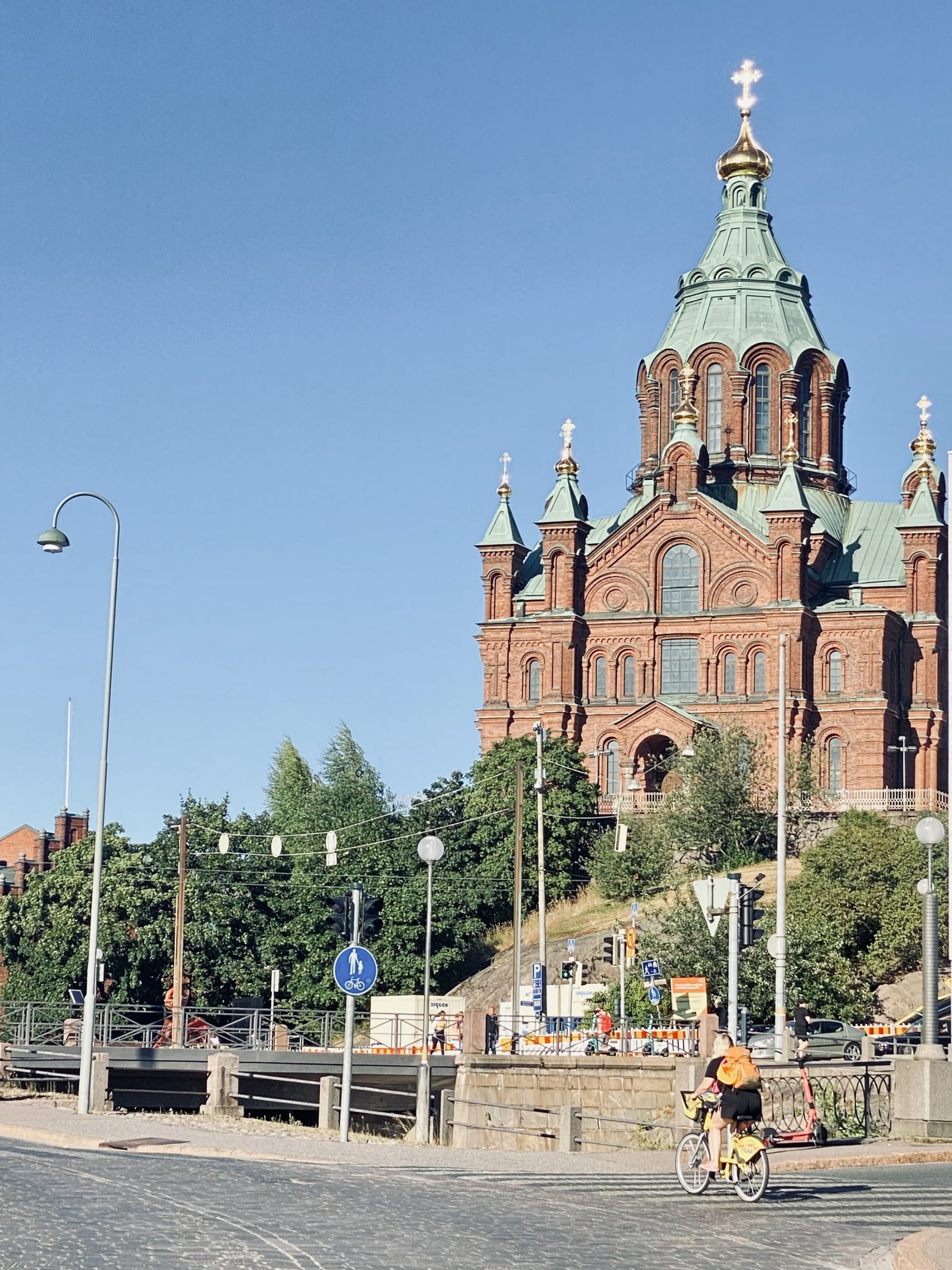 9. VISIT THE MOST EASTERN POINT OF THE EUROPEAN UNION

I have already been to several extreme points of Europe – I was in the most southwestern (Cape St. Vincent – click here to read about the Portuguese Algarve), westermost and southernmost points. I missed the northern one (of course I mean the Norwegian Nordkapp, which I will talk about soon), which I finally got to see last week, and the easternmost one, which I managed to visit during my visit to Finland. The most eastern point of Finland and the continental European Union (the geographical one of Europe is too controversial because it is not fully known where it is) is located in the village of Hattuvaara, in the Ilomantsi municipality on Lake Virmajärvi. A forest road leads to it, which we can be driven by car.

10. BRING YOURSELF A COOL SOUVENIR FROM FINLAND

Of course, a cool souvenir is something different for everyone. I dreamed of a handmade knife, but I already have so many of them that I gave up an idea of buying one more. What do I think you can buy for yourself or your loved ones as a souvenir from a trip to Finland? Something with a Moomin motif (I have a cup with Stinky), elk, reindeer or bear pate (or maybe dried meat) or hand-made kuksa (a cup made of wood, traditionally made of birch, but I also saw them made of pine and other materials).

And some photos of Finland for you: