Last year was special for all of us. Unfortunately, not in a positive way. From March, and maybe even February, 2020, all we have been hearing about was the global pandemic. Whether someone bit off a bat’s head in the remote Chinese province of Wuhan and thus started the apocalypse – I do not know. I also heard that Bill Gates bred a virus that was to be used to control the world’s population, and that Russian scientists say it is not a virus but a bacterium that is devastating our society. My favorite statement is that with each PCR test, we are implanted with a chip that can later control us (as if it has not already been done by our all-knowing cell phones, please). Let me tell you very honestly – I don’t care at all. There was a moment when the pandemic and quarantine took its toll on us because, in some way, our freedom was limited. However, we live in a van, so this limitation was only due to the fact that we could not always do what we wanted to do as “smoothly” as before. Certainly, all this confusion did not affect us as much as many of you. But I would like to advise you today something – life goes on.

Nothing has changed, life is still very fragile and it’s fleeting so at any moment – it can just end. Therefore, as before, let’s use the moments we have as best we can and instead of focusing on what they forbid us, let’s focus on what we can do next, or how we can do it. I am partially an anarchist, but also because I do not live 100% outside the system (I still have a bank account, ID card, legal work with a contract, telephone, etc.), I know that sometimes you have to adapt to certain things. This does not mean, however, that you have to be submissive. I value peace and freedom in my life, I don’t like anyone taking it away from me and violating it in any way, that’s why I learned to maneuver between generally accepted principles.

It’s quite a long introduction to an article about traveling in these hard times. It is quite a hot topic right now so I hope some of the information included below will be able to help you. Since February 18 I have been outside the country where I normally live and since then I have traveled almost 10,000 km in Europe by car (this is my job) and took the ferry three times. It’s strictly related to my work so I always have my current PCR results with me when it’s obligatory (according to some, I should already have 5 chips because that’s exactly the number of tests I had this year) but I wanted to write not about the tests. I would like to present to you my observations on how this whole situation is perceived in several countries, what the restrictions look like and most importantly – travels (including police controls at the borders, or the lack of them). Important information – I am traveling by car, I do not know what air travel looks like now. 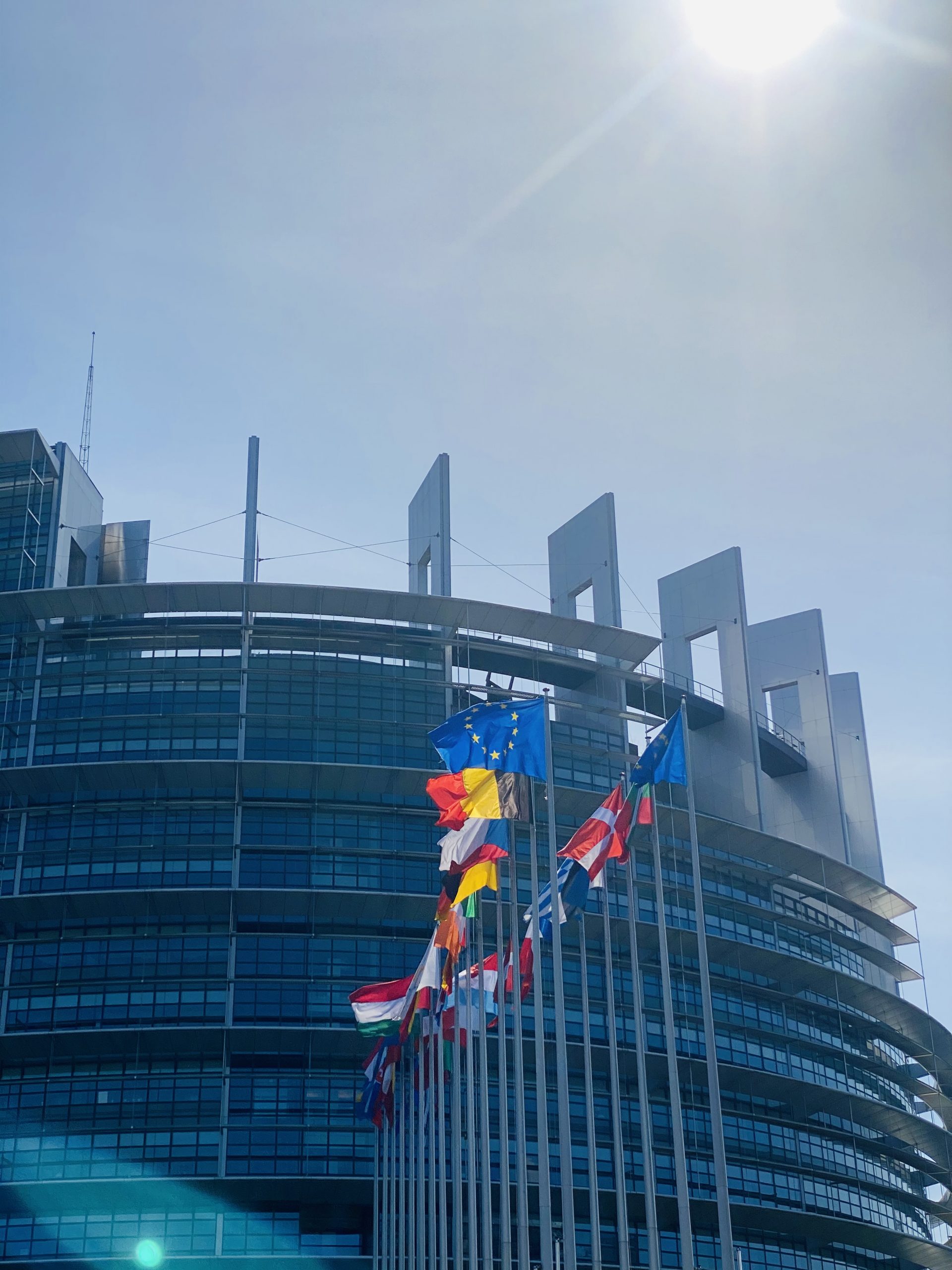 This is the country where I live permanently. From March 2020 to February 2021, it was in Spain that I spent all the “coronavirus waves”. First there was a complete lockdown, then a loosening, then another lockdown. Of course, on all bank holidays the restrictions are loosened, the curfew is postponed and you can move around with more freedom. However, I will not describe to you what the whole year of the pandemic in Spain looked like, I will focus on the beginning of February 2021, which is the period just before my departure. We spent the winter in the countryside, in Andalusia, near the border with Portugal. The restrictions in Spain depend on the local authorities. Autonomous Communities individually decide what is and what is not allowed in their area. In Andalusia, there were some limitations on going in or out of individual provinces and even cities. The current status can be checked at https://www.mapacovid.es/ by entering the name of the city that interests us. I wasn’t controled all winter not even once and I only know one person who was fined for moving for no reason beyond the city boarders, during then “strict” lockdown. In the meantime, however, many teams from Poland came to Andalusia with their vans and RVs (by saying many, I mean more than 20 cars) and no one got a fine (among those people I know about). Of course, there was and is an order to wear face masks (everywhere), the curfew (then from 22:00, now from 23:00 – 6:00) and the bars, restuarants and shops are constantly being reopened and closed. It’s really hard to keep yourself updated. Do people follow those rules? As everywhere – yes and no. Where we spent the winter nobody wore face masks on the beach, only in crowded places and indoors. In bars and restaurants, masks are not worn because we have to eat & drink somehow. Quarantine? If someone suspects he has a virus, has any symptoms, he contacts the appropriate people via the hotline or the application on the phone, who then decide whether he/she shoud have a test or not.

Until the test result is obtained, we do not leave the house, then, if the result is positive, quarantine is imposed on us and all household members and people with whom we have had contact (its length changes regularly – once it’s a week, once two, once 10 days). We are not allowed to leave the house, but nobody checks it. After serving your sentence, we repeat the test. Of course, if it is negative, we return to our ordinary, gray everyday life. If, as was the case with my colleagues from work, the test is positive and we are outside the autonomous community where we live, we can be referred to the “COVID hotel”. At least that is the procedure in the Basque Country. We receive food there and we are not allowed to leave the room. I have had 5 negative results so far, and there are a few more tests ahead of me this year, lets hope they all go well. 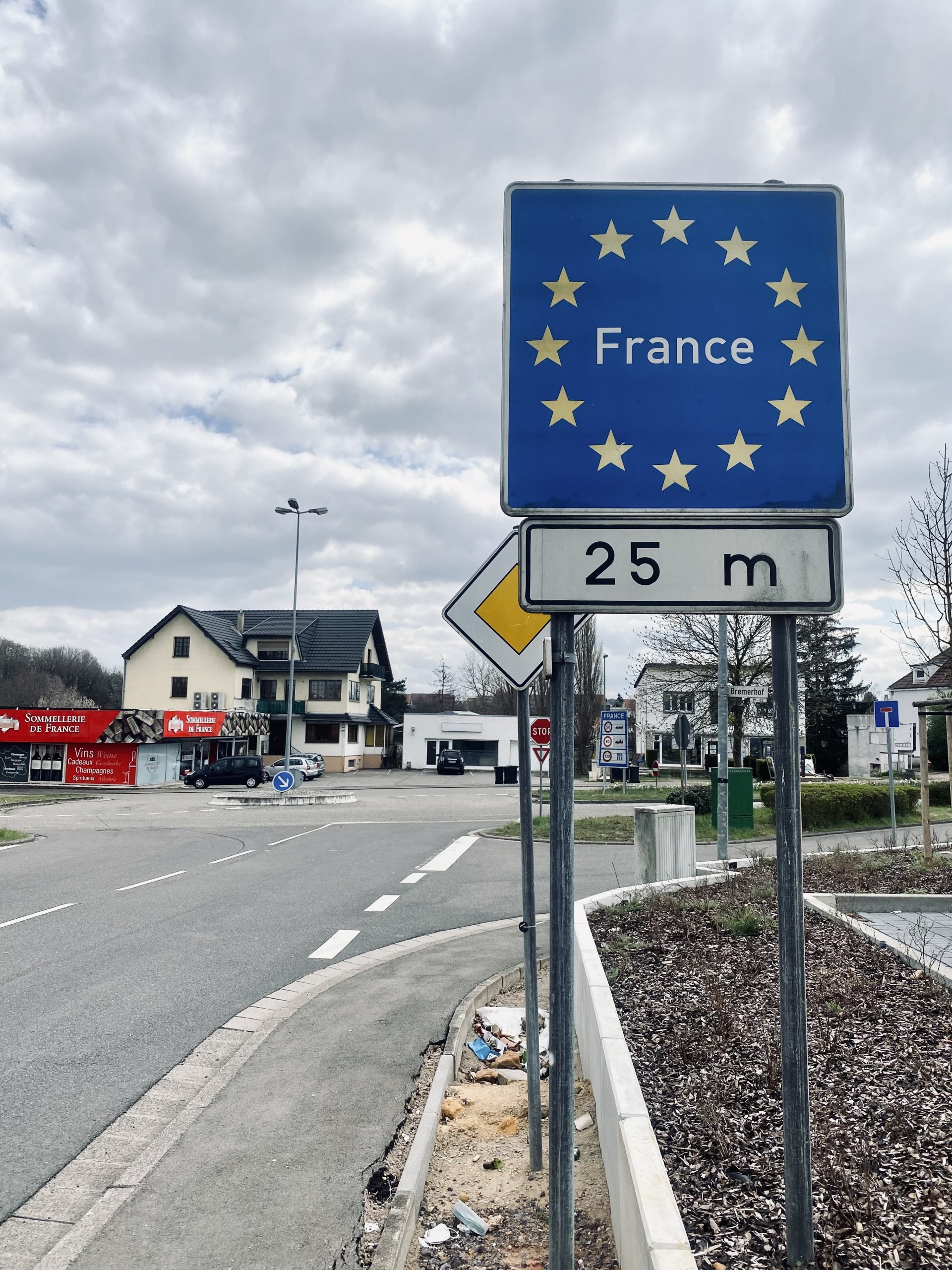 In the second half of February, I went to France. My test results nor I have been checked even once for over 6 weeks, although I spend practically 8 hours a day driving a car with foreign licence plates. In France, the situation is worse than in Spain because everything is closed – restaurants or bars only serve take-out, the curfew has been shifted from 18:00 to 19:00, which means that from 19:00 you have to stay at home, you are not allowed to be outside. All stores are closed then, you can’t even buy bread or beer anywhere (only when ordering take-out food). The obligation to wear masks on the streets is limited to certain zones, you do not need to cover yourself everywhere. In the meantime, I was in Corsica and my test results were checked in the port, on my way to the island and then again, on the way back. The same restrictions apply in Corsica, but it is somehow more relaxed there. People approach it as islanders usually do – with a distance. 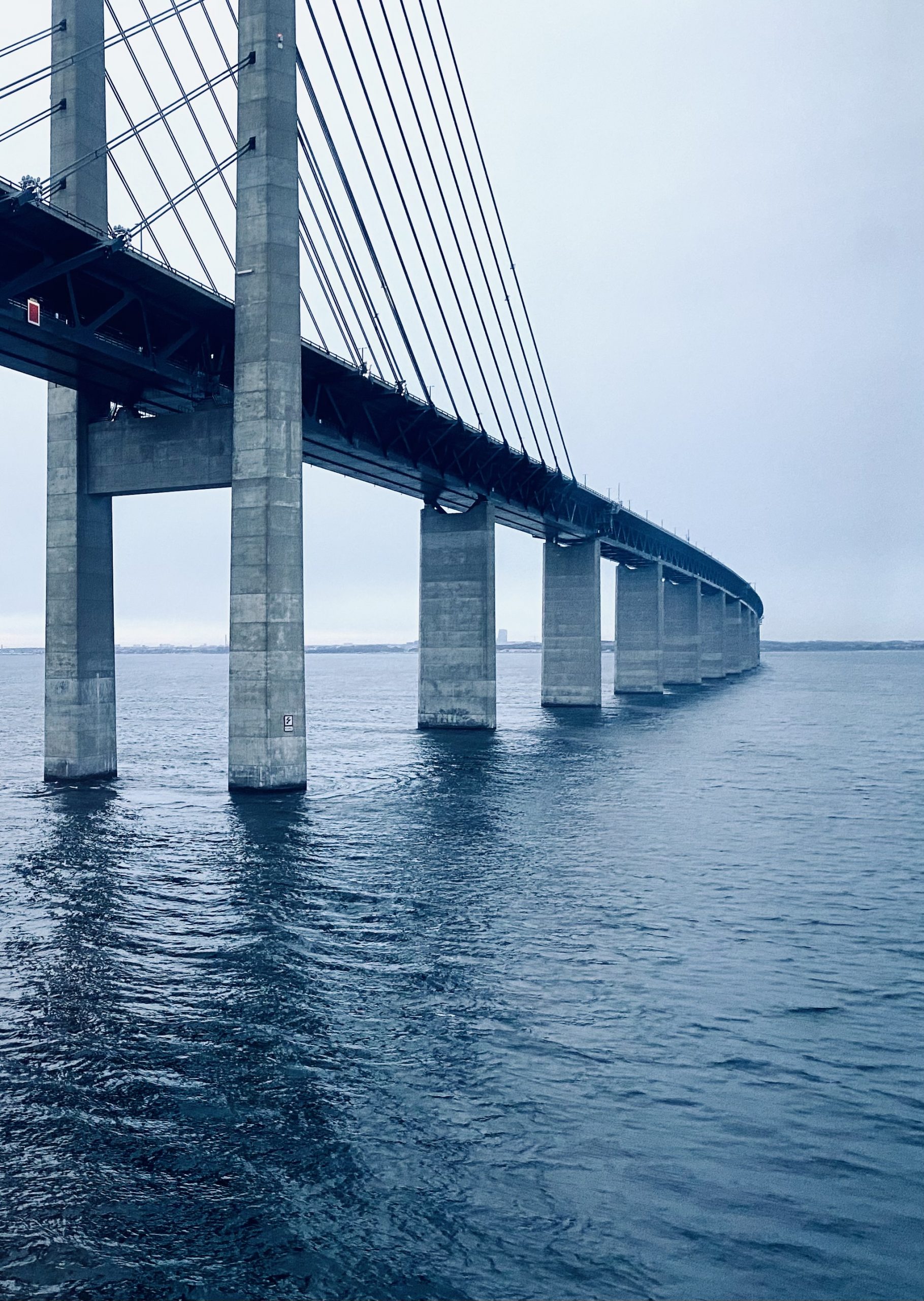 THE WAY TO SWEDEN + DENMARK

From France, I went to Sweden via Luxembourg and Germany (we were entering the ferry there). Not a single inspection, I have not even seen the police during the 800 km journey. The test results were checked in the port. From Malmö I wanted to go to Copenhagen but unfortunately it was not possible. It turned out that Denmark, unlike Sweden, which I will write about in a moment, was very overzealous. Malmö and Copenhagen are connected by the Oresund Bridge, you can go to the other side by train but only to the airport where the tests results are checked (they must be performed maximum 24 hours before the trip). We will not be admitted to Denmark if we do not have a good reason for traveling – the list of reasons includes having a diplomatic passport, being related to a seriously ill or dying person or attending a funeral. The list is very long, but you won’t find any touristic purposes on it. However, if we have a valid reason and a test, even if they let us in, we will be subject to a forced 10-day quarantine. For now Denmark is not the best travel destination. 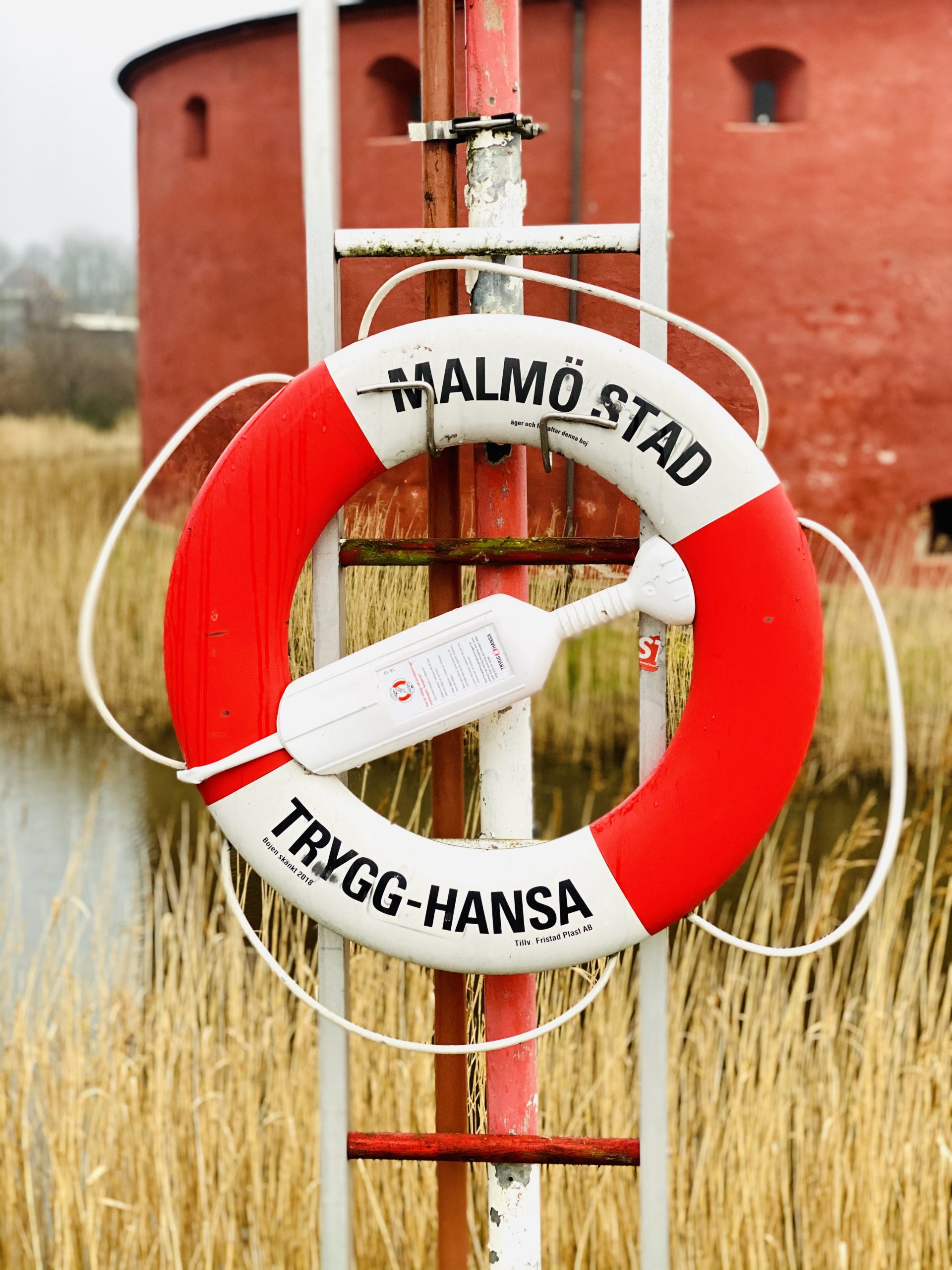 I have written about Sweden and its attitude to COVID-19 before, but I am happy to repeat it because I am enchanted by the extraordinary society of the Swedes. Well, in Sweden, the pandemic was simply ignored. I cannot write that it did not exist because it would contradict to the definition of the word pandemic. In Sweden, the government recommended certain behaviors, for example at the very beginning, in March last year, when in Spain the police would control us every 500m (and this is not a joke but a personal experience), in Sweden it was recommended to stay at home and wear face masks in crowded places, especially by high-risk people, e.g. the elderly. As the Swedes are aware and apparently have an equally conscious government, they simply followed the instructions, but it is beautiful that they did not have to be forbidden or ordered. There was no need to frighten with fines. They got recommended. There was never a curfew or an order to wear face masks. Today it’s still like that – no curfew, no face masks, no lockdown, it’s just so… NORMAL! Only alcohol is currently not sold in bars or restaurants after 8 p.m. but you must know that in Sweden alcohol is generlaly dealt with differently, as I also mentioned in the previous article, so this prohibition / injunction is probably not very harmful to anyone ( except for some foreigners). I would never have thought that I would like Sweden so much, only this weather…

In conclusion, I have a few numbers for you, although I am not sure what source I would consider really reliable. I chose the World Health Organization. I hope you will interpret these statistics correctly

To sum up shortly, in a country where there were practically no restrictions at all, almost the same percentage of the population fell ill as in countries where all economic activities have been closed and curfew and mandatory masks introduced for a year. We have fewer deaths than in any of the above-mentioned countries except Germany. I would also like to remind you that since there was no so-called lockdown in Sweden, the health service also functioned normally, providing help to the needy, chronically (and not only) ill, and not, as in many countries, only those suffering from COVID.