About 250 km south of Lima is the Paracas Nature Reserve. It is one of the mandatory stops on the so-called ruta de gringo, as the Peruvians jokingly call, the most typical route that foreigners travel. We will definitely come back to this subject later on, but today we will focus on Paracas. You can go on various organised trips around the reserve itself, walk around it or sail to the nearby Ballestas Islands.

What we liked the most about Paracas was the trip to the Ballestas Islands. It normally costs 40 soles plus 16 tax, but we managed to buy it for 20 soles and 16 taxes, which is 36, which is about $ 9 and was worth every cent. If you ever find yourself in the area, do not hesitate for a moment because it is worth going to the islands that are home to about 200 species of birds, including Humboldt (Peruvian) penguins and, of course, South American sea lion, locally called lobos finos, which is literally translated to “thin wolves”. We sailed at 8:00 am and we were back at the hostel by 11:00. During the two-hour cruise you will hear a lot of ornithological curiosities and learn, among other things, that local penguins are monogamous as opposed to polygamous sea lions.

The Ballestas Islands are also a factory of …. guano. It is collected and then sold as fertilizer – according to our guide, the best in the world. It is transported in 50 kg bags that cost 50 soles each. They are taken by a zip-line on board the ship, which then takes them ashore. 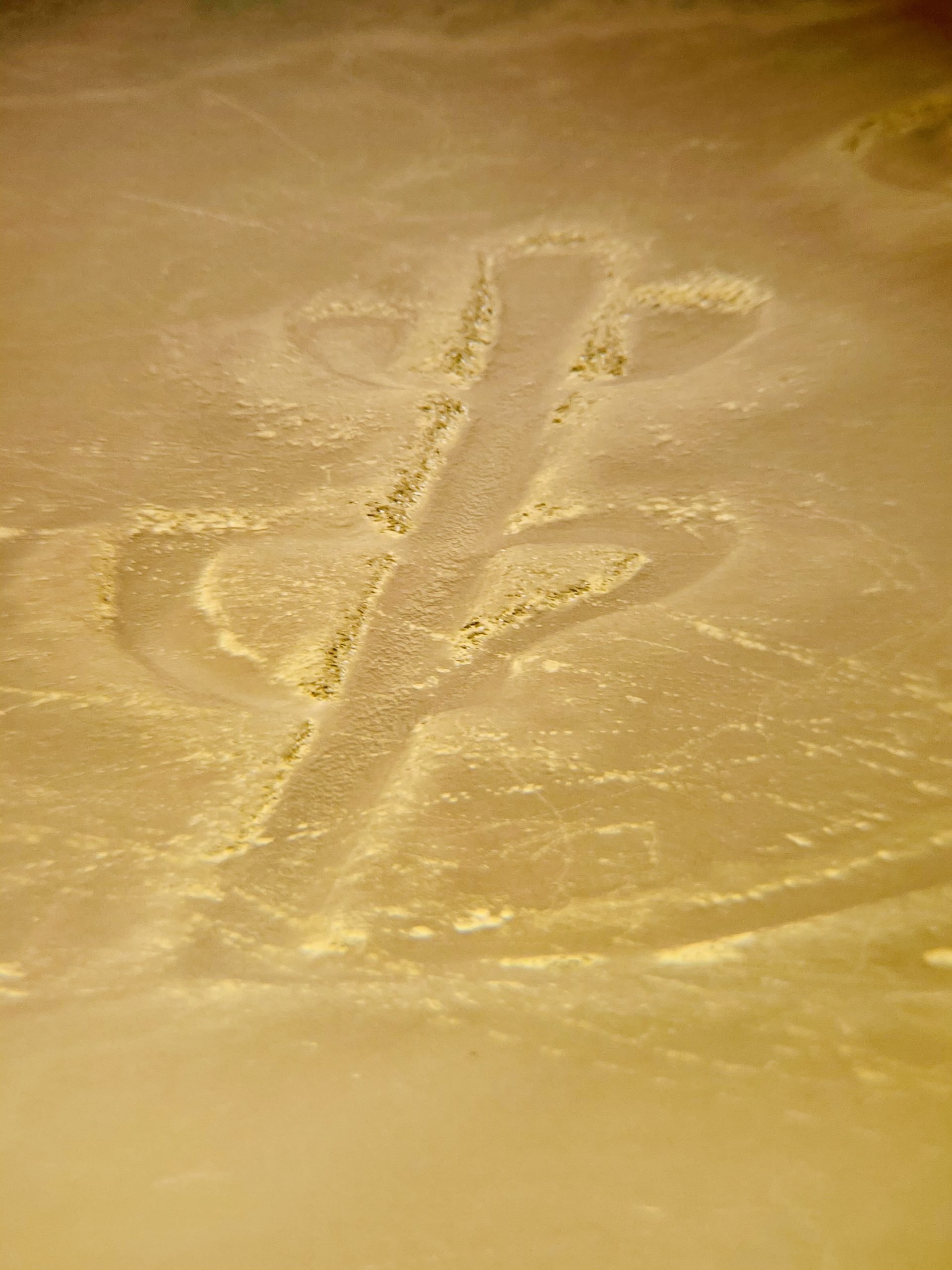 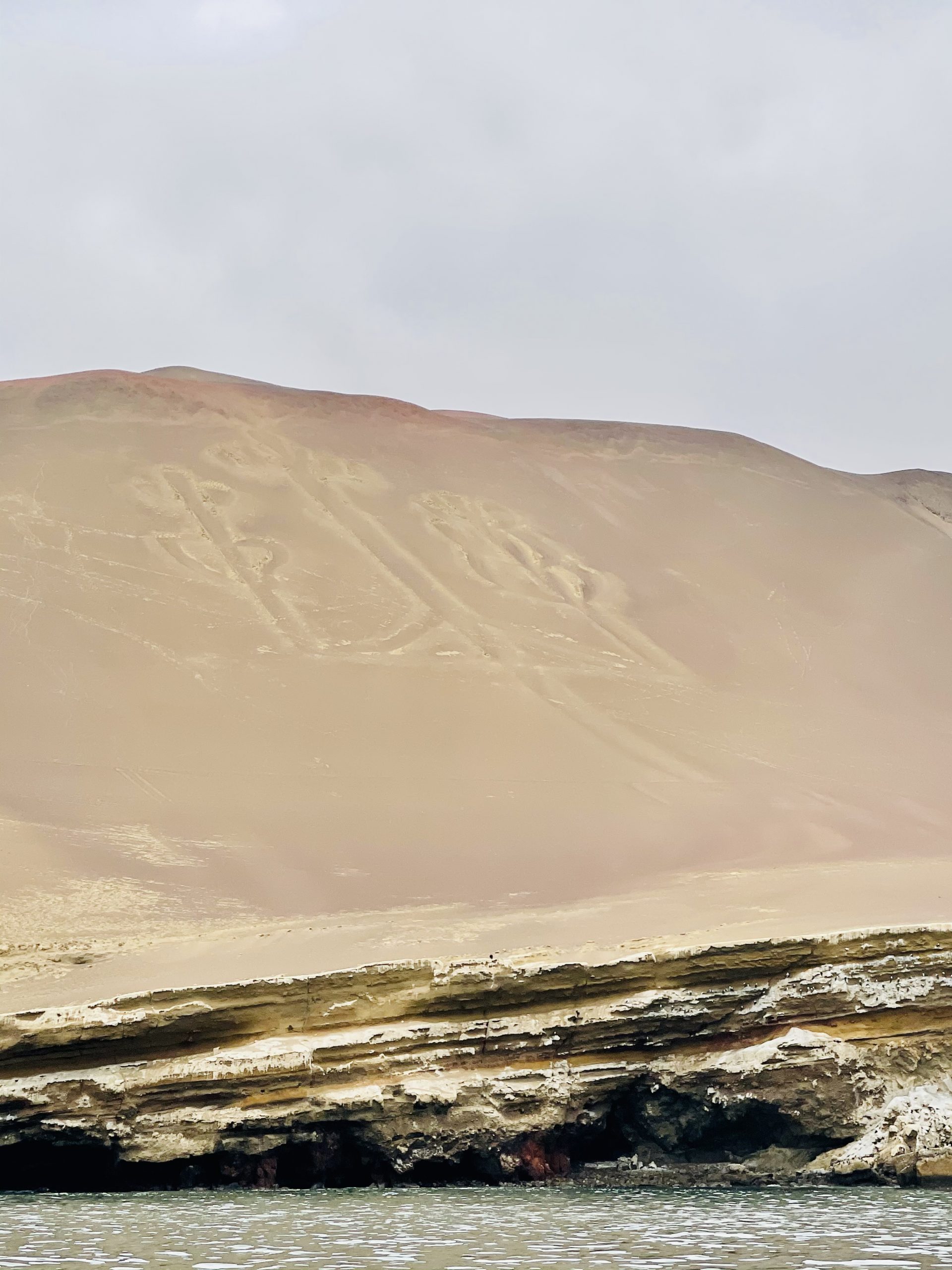 At the very beginning of the tour, you pass a huge geoglyph of unknown origin. Its shape resembles a trident, therefore one version of the legend says that it was created in honor of the Aymara god Viracoch, who was worshiped in South America for centuries, even after the conquest of the Aymars by the Incas, he was incorporated into the Inca pantheon.

We like the other version of the legend according to which the geoglyph represents the San Pedro cactus, which has been used in healing ceremonies and religious rites for centuries. Some believe that the geoglyph was created for sailors because it is visible from a distance. We will probably never know the truth, but an interesting fact is that due to the constant wind direction and almost no rainfall, the symbol, created in the sand, has remained for hundreds of years in an unchanged form.

In the bay that between the town and the reserve, you will find the perfect place to admire flamingos and, apparently, also pelicans, which we were not lucky enough to see. I didn’t take a camera with me, only a phone and a telephoto lens that I bought for it on Amazon before we went to Peru. In that bay I finally had an opportunity to test it, hunting for the perfect shot for about three hours. I’m not completely satisfied, but considering the price, let’s say I would give it the 6/10. It cannot replace a normal SLR but because we travel with light luggage it is the only alternative for us.

There are several places in the reserve that are worth visiting, but we decided not to go. We saw from the deck of the ship during the trip to the Ballestas Islands what the reserve looks like and that was enough for us. However, if you decide to enter the reserve, the most important points are the Paracas cultural museum (Museo del sitio de la Cultura Paracas), the Istmo viewpoint, the red beach or Playa Roja, Lagunillas beach, La Mina beach and La Catedral.