Do we eat carp on Christmas Eve in Spain? Do we sing Christmas carols? Is it true that in some parts of Spain a wooden log leaves gifts under the Christmas tree instead of Santa? If you are interested in Spanish Christmas customs, you’ve come to the right place!

On the 6th of January, Spaniards celebrate Reyes Magos (Epiphany). It’s a day that, we could say, oficially ends Christmas period in Spain. On that occasion, I have decided to preapre an article about Spanish Christmas traditions! Some of them do not differ from our native ones (I would like to remind you we are from Poland), and others, such as Christmas Eve dishes, are completely different.

The symbolic “beginning” of Christmas for many Spaniards is the national lottery Lotería de Navidad, broadcast on TV. Those, who have been to Spain before, know that the inhabitants of this country are crazy about coupons. You can buy coupons everywhere and all year round, while for the most important Christmas draw from… July! Imagine this lottery has been running continuously since 1812! The main prize is called El Gordo or The Fat One, and on December 22 at 9:15 a lot of Spaniards sit in front of the TV set to put themselves in the Christmas mood with this traditional broadcast.

Of course, preparations for Christmas begin much earlier. In supermarkets, shortly after Halloween pumpkins and All Saints Day’s candles, we can hear the immortal Last Christmas, and the shelves bend under the weight of the variety of Christmas decorations and Christmas tree lights, because here you also decorate a Christmas tree! In many places there are beautiful nativity scenes. Personally, I get the impression that this pre-Christmas madness is a bit smaller than the Polish one. I would like to mention one, very peculiar tradition, which, well … would fit perfectly into our Polish mentality. What am I talking about? Well, in shops, a few weeks before Christmas, there is a table with a bottle of alcohol and traditional Christmas sweets. Each potential customer can have a shot or two shots of liquor and a bite of turron, even if he does not buy anything in the end! I have Spanish friends who specialize in alco-marathons in Andalusia. I do not know if this custom is commono in other parts of the country, but in Poland it would certainly be very warmly welcomed!

On December 23 and 24, we go to work as usual, although often on Christmas Eve people work shorter. December 25 is a day off from work, but on the 26th everything returns to normal and you work normally (in most of the autonomous communities, for example in Catalonia it’s also a bank holiday). 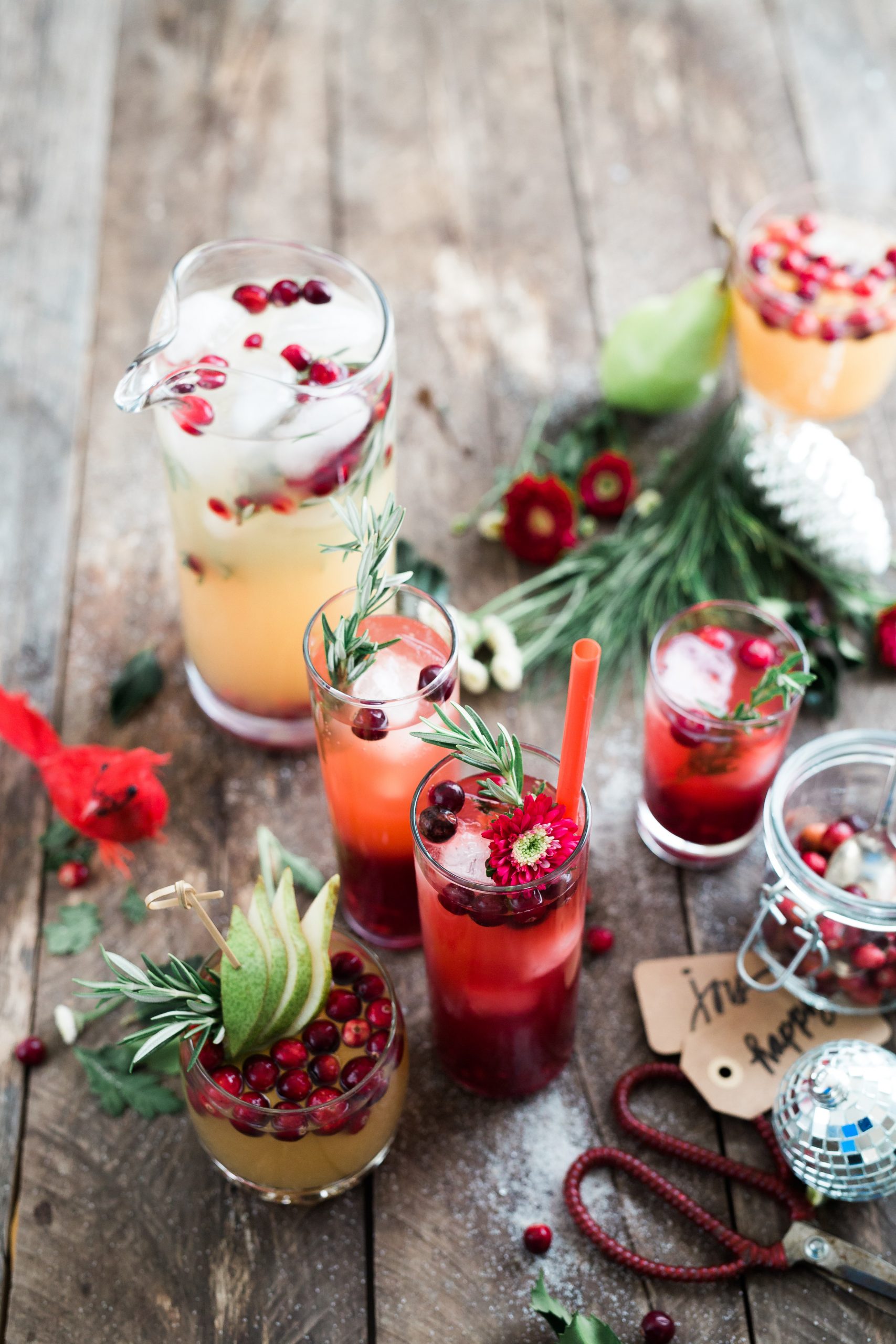 The Christmas Eve supper is the culmination of Christmas, when people sit down at the richly set table with the whole family and loved ones. The dishes may be a surprise for us. There is no borscht with dumplings, cabbage with mushrooms or poppy seeds dessert, but we will certainly find there some shrimps, often served as a starter and meat, served as the main course – depending on the individual preferences of the householders, their traditions, but also the region of Spain, it can be almost everything from lamb to piglet or even stuffed turkey. Typical desserts that are consumed only during the Christmas season are nougat, marzipan (desserts of Arab origin, with almonds and honey), polvorones … and a Christmas toast with sparkling Spanish wine similar to champagne – cava is definately a must. As in Poland, carols are sung in some homes. For more religious people, this night does not end with dinner, but with Misa del Gallo, the midnight mass, which we go to after dinner to celebrate the birth of the Son of God by singing Christmas carols. Moreover, it is a tradition that at night the King of Spain gives a speech to all Spaniards which is broadcast on television. The day after Christmas Eve, December 25, as in Poland, we meet again most often for a family lunch.

In Poland, on December 6, Santa Claus comes to polite children and leaves small gifts, large gifts on December 24 or 25 are given by Grandfather Frost, Santa Claus or the Child Jesus himself (depending on the region). In Spain, on December 6, presents are not given, they are given by the Magi on January 6th. Increasingly, however, under the influence of Anglo-Saxon culture, on December 24 or 25, Santa Claus also brings small gifts. However, there are regions, just like in Poland, where gifts are brought by someone else. In the Basque Country and Navarra it is Olentzero, a middle-aged obese man, smeared with coal, in poorly groomed clothes, who does not avoid either alcohol or some tasty food.

In Catalonia and Aragon, gifts are left under the Christmas tree by… a wooden log! Tió de Nadal comes from Catalan mythology, it used to be just a piece of wood, but now it has a smiling face. It is also called Cagá Tíó which in free translation would simply mean Uncle Shits or Shitting Uncle – the name beautifully illustrates how gifts are delivered to children – they are shat by a wooden log.

Now that we are at this very basic physiological activity, let’s also mention another shitting figure, which will definately be present at Christmas in Catalonia. Caganer (The Shitting One) is, as our reader Aneta nicely wrote, a crouching peasant with lowered gallots, in a typical Catalan hat, which is to ensure a fertile harvest in the coming year. It is usually placed in a shed, in the Nativity Scene, usually somewhere in the back. In recent years, you can meet popular characters who are portrayed this way (photos below).

Of course, traditional Christmas dishes are very varied and each region can propose a different delicacy. Today, I will only briefly present a few of the most popular dishes that are eaten around Spain during Christmas.

For example, in the Basque Country, the undoubted star of the festive table is fish in virtually any form. Fish soup is very popular, it can be made of monkfish, essential stock and a little bit of brandy. Cabbage with garlic and olive oil is also often served, and the appetizers include gulas (eels). The king of fish is besugo (sea bream), most often roasted (al horno) also present on Madrid, Galician, Cantabrian and La Rioja tables.

In Asturias, on the other hand, there will be crabs on the table, often served with vegetables with a little bit of cream, or hake with clams. In Catalonia, we will eat Canalones de San Esteban, but it is not exactly a traditional Christmas dish. Canalones will not be eaten on Christmas Eve or New Year’s Eve, but specifically on December 26, Saint Stephen’s Day. Since, according to custom, everything that is left after Christmas is used to prepare this dish, it reminds me of our Polish New Year’s bigos or our immortal vegetable salad. Our reader Aneta pointed out that we did not mention another, very important dish, which cannot be missed on Catalan tables during Christmas – “sopa de galets”, a soup resembling broth, served with shell-type pasta (they are often stuffed with meat).

In today’s post, we will not go to every region of Spain, because it was not supposed to be a strictly culinary article, but we will also mention La Rioja, where a very important element of gastronomy, regardless of the season, is chard, served with béchamel sauce at Christmas with almonds. On the Galician table we will definately see octopus and sea food in general, but if we would like to mention one dish typical for Christmas from Galicia, it would be cauliflower with boiled cod. All accompanied by local wines, especially Ribeiro and Albariño.

Now let’s have a look at Andalucia, where we live and which we have considered our home for some time. Here you will also find delicious local products on the table, olives as appetizer and of course Jamón de Jabugo will be present on almost all Andalusian tables (especially this year because the prices have dropped drastically). When we move on to seets and desserts, Andalusia just outdoes itself! It is here in December that wherever you go, you will smell baked flour, cinnamon, sesame, honey and sugar. There is an abundance of more and less traditional sweets – from polvorones, mantecado, through alfajores to the incomparable bread from Cadiz, i.e. pan de Cádiz (a type of marzipan filled with candied fruit).

In Poland, the day of jokes is April 1st, in Spain it is December 28 that we put our cleverness and sense of humor to the test. The jokes differ e.g. you can replace sugar with salt or stick cards with funny inscriptions on the backs of your friends. The Spanish media used this day to give false messages, which, of course, were later corrected. Now, because, as we know, the media generally gives too much contradictory information and it is often difficult to distinguish truth from falsehood, somehow this habit has been partly forgotten.

Although December 28 is a day of jokes, when we find out where this tradition comes from, we will not be laughing at all. Día de los Santos Inocentes means the Day of the Saint Innocents and has its origins in the Gospel of St. Matthew, according to which King Herod feared the arrival of the Baby Jesus to end his reign, so he ordered the murder of all children under the age of two (innocent) in Bethlehem for fear that the newborn child, the Son of God, would deprive him of his throne. We know that the king ended the lives of many innocent people, but he failed to kill Baby Jesus.

The Spanish New Year’s Eve is not much different from the Polish one. On December 31, we celebrate the end of the year with a late dinner and a toast with our loved ones. The only difference is … eating 12 grapes! As midnight approaches, the Spaniards turn on the television to listen to the bells announcing the coming of midnight and new year, broadcast by various channels from Madrid’s Puerta del Sol. We eat one grape with each ring of the bell. This is probably one of the most famous Spanish traditions! As in Poland, Christmas is rather spent with the family and New Year’s Eve with friends.

Three Kings (Epiphany – The Day of the Magi)

Epiphany Day (January 6) ends Christmas in Spain. This day, full of magic and illusions, is the most anticipated day of the year by children, of course because of the gifts! The celebration begins the night before with parades in all Spanish cities. Not only Three Wise Men take part in them, but also their camels, artists, musicians and a whole lot of magical, fairy-tale characters who treat the youngest with candies! After the parade, just before going to bed, the kids must, of course, leave cookies and milk for the Magi, and their shoes in a visible place, so that the Wise Men from the East know where to leave the gifts, of course only if the little ones were polite, otherwise they will only find carbon!

On January 6, of course, all the children get up at dawn to open the anticipated gifts as soon as possible. Over lunch, the family meets again to say goodbye to Christmas with the traditional cake Roscón de Reyes. Inside there are two surprises: a Christmas figurine that brings good luck and dried beans that unfortunately brings bad luck (actually obliges the finder to buy another Roscón) 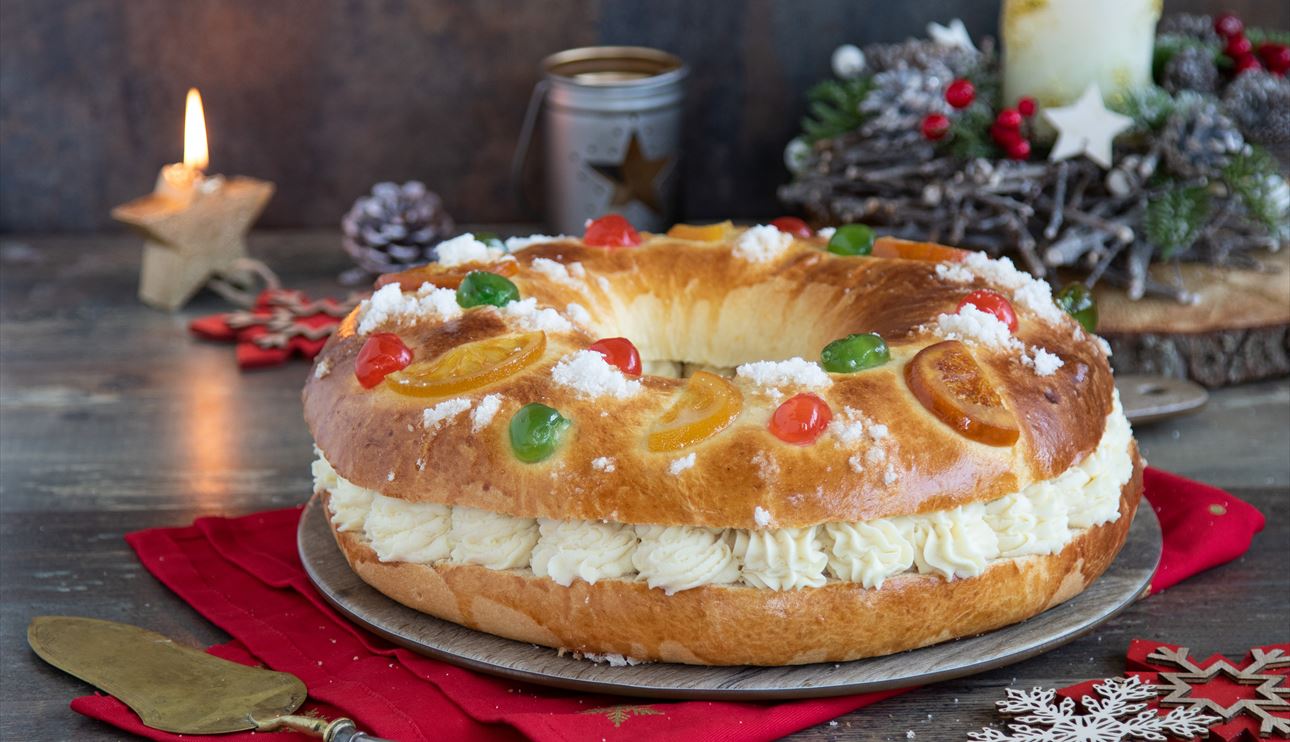 It is worth mentioning that the school break ends only after January 6, which is why the Christmas holiday in Spain usually lasts longer than in our country.